Home schooled and sheltered the first 20 years of his life, Dugo is bringing a fresh new style with a classic sound. With over 10 years experience in writing, Dugo is confident that “without a doubt, he will be a top contender in Tampa’s Star Showcase!”

20 year old Entrepreneur Singer, actor, and dancer whom loves to use music to express and tell a story. Music has been ingrained in Damar since the age of 6. Throughout the years, he continuously learns how music is connected to his purpose on earth.

Kimberly LaShawn Fulton of Tampa, FL, has an inspiring message of change that she desires to share with the world. Born December 1, 1987 to parents Diane Williams and Jerome Fulton, she began exercising her gift while still in diapers, “well before she could talk good” says Dad.

The youngest of six girls, she jumped at every opportunity extended to sing. Growing up in the church nurtured an innate love of gospel music within her. As a member of the church choir, Kimberly earned the very first “Can I Sing My Song?” award. It was created in honor of her tenacity, perseverance and determination to showcase her talent. Once school age, she became active in

The Tampa Bay Children’s chorus and began to perform at university, community and area sporting events as well as talent shows/competitions in the Tampa Bay Area. In high school, she represented Hillsborough County at the National level from 2003-2006 at ACT-SO, the Academic, Cultural, Technological and Scientific Olympics, under the administration of the NAACP.

After high school, she made a conscious decision to stop singing. Once her hand healed from an injury sustained in a car accident in 2013, she began to write again. It wasn’t until the words began to flow from pen to paper that she realized her song portrayed a powerful message and it was her duty to spread it.

“God gave me Amir and Akim, my [heart-N-soul] at the very moment that I needed them most in life” says Kimberly referring to her two young children. “I like to say that we were blessed with each other. They give me the drive to wake up and face the world every day.”

Her debut single, Battle Scars, comes from a desolate, lonely place that so many can relate to. But also comes from a place of beauty and restoration, in that your battle is the vehicle to take you to the beauty on the other side. By the grace of God, her battle scars are truly now beauty marks. 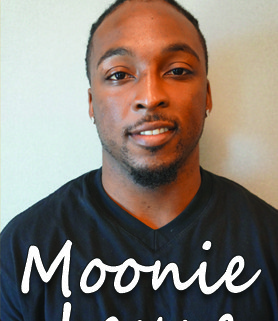 Born in Tampa, Florida, and growing up in Avon Park, Florida, Moonie has been a Floridian all his life. He developed a sound for music early, mainly hop hip. He loved everything about it: the rhythm, the beat, and the way it made him feel. He started rapping and writing his own music at twelve. Later, he joined a rap group and started recording and developing his own style and has never stopped doing it since. He loves music with a passion. Moonie Louve says his music embodies all of his feelings and emotions, and if he can reach someone through his music, that’s rewarding for him; and that’s why he does it. 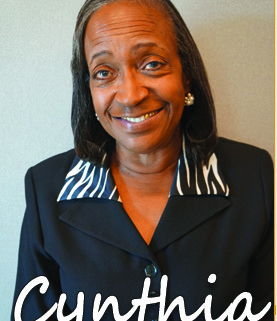 The younger of two children, a native of Tampa, Florida, Cynthia Williams Bailey was born in West Tampa and reared in the North West area of Tampa known as Keystone. (Citrus Park). Her talent of singing was revealed to her at the age of 5 when she started singing in the Church (which still exists known as First Baptist Church of Keystone). Every Sunday before the benediction was given, she would ask her Pastor Rev. Charlie Mobley if she could sing her song and he granted her the privilege. Cynthia only knew one song and that song was “I got a new home over in Zion.”

She is a loyal admirer of Aretha Franklin and Gladys Knight. As the years passed, she would sing in church, talent shows, Middleton High School Chorus, and the A. P. Leto High School Concert Choir. She began singing in the original Florida Mass Choir under the leadership of Rev. Arthur Jones and Rev. Milton Bigham. Branching off from the Florida Mass Choir, she joined the New Redemptive Ensemble of Tampa as a lead singer and recorded under Savoy records sing “Holy Boldness”. She has traveled extensively to New York and various other cities singing with the Ensemble along with the Rev. James Cleveland, and also in the Colors of Christmas with Roberta Flack, Melissa Manchester, and Peabo Bryson. The group also sang in many Gospel programs prior to the Mighty Clouds of Joy and Sarah Jordan Powell.

Singing has been a passion of Cynthia’s as well as playing the piano; however, the piano was short lived and she devoted her time to singing. She currently sings in the Sanctuary choir at Mt. Pleasant MB Church, at weddings, funerals, banquets and other events throughout the Tampa Bay area. She is in the process of doing an album which should be released by summer of 2016. She is thankful and gives God the Glory for giving her the talent of singing and the anointing to do it with power and aspiration.